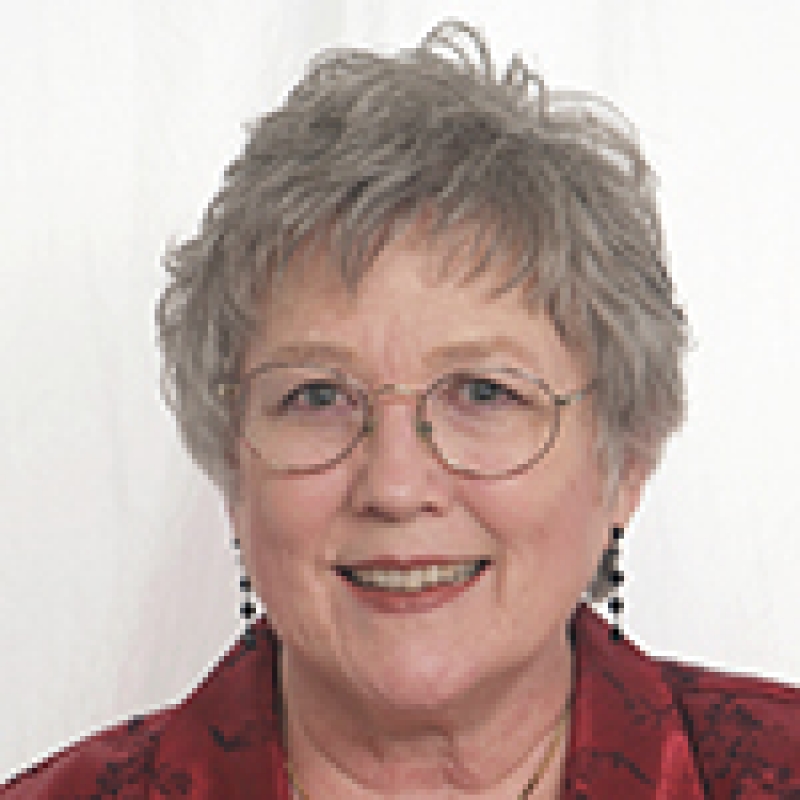 Ruth Sieber Johnson is an Epsilon Tau initiate of the University of Arkansas at Little Rock, from which she received a Bachelor of Music degree in vocal performance, magna cum laude. She also attended MacMurray College in Jacksonville, IL, and did graduate work at UALR in teaching the gifted and talented. After completing her studies, she joined the roster of the Arkansas Opera Theater. Her roles included Rosina in “The Barber of Seville”, Adele in “Die Fledermaus”, and Lauretta in “Gianni Schicchi”. She has appeared in New York with the Stony Brook Bach Aria Festival and in St. Louis and Dallas with their respective Bach societies.

She was a charter member of the Little Rock Alumnae Chapter, served as Mu Province President and President/Vice President, Tau B Province Officer, and National Newsletter Director and editor of Tempo! before being hired for her current position. She has received the Collegiate Scholastic Award, Sword of Honor, Rose of Honor, Rose of Dedication, and Ring of Excellence.

In addition to her full time job as SAI Executive Director at National Headquarters in Asheville, North Carolina, she occasionally directs musical theater productions for the Asheville Community Theater and University of North Carolina-Asheville, provides lecture/demonstrations for Elderhostels, has served as a church music director and organist, and gives concert and recital performances. In June 2012, she was presented in concert at the Nixon Library in California, performing with Dr. Leslie Odom Miller, oboist and SAI National President. In April 2013 she presented a Masterclass and Showcase Recital for Composers at her alma mater in Little Rock. That same year, she appeared in the Jake Heggie opera, “Dead Man Walking”, produced by the Modern American Music Project.

Her husband, John Johnson, Friend of the Arts, (March 2, 1938 - March 19, 2011) designed and installed the cabinetry at National Headquarters, and always kept a loving eye on the SAI Harmony Rose Garden. With much gratitude for Sigma Alpha Iota, Ruth celebrated her 28th anniversary in the position of Executive Director on July 1, 2020.